Why Small Business Innovation is Overrated 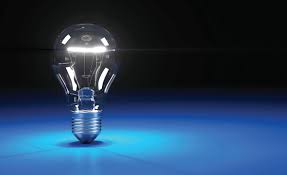 The world is full of great ideas. In particular, entrepreneurs are especially good at generating ideas to address some of the world’s most complex problems. Breakthrough products such as Apple’s iPhone, Tesla’s electric car, and Facebook are all examples of things that wouldn’t exist if it weren’t for small business innovation.

Further, the TV show Shark Tank, popular business journals, and small business consultants all love to talk about innovation. After all, it’s more exciting to talk about new, creative ideas than it is to discuss the nuts and bolts of running a business. We can also see and touch innovation, much more so than the intangible grunt work of managing a business. In other words, innovation is sexy.

So, if we assume that this is all true, then how in the world can innovation be overrated? Here’s the dirty, two-part secret about innovation:

1) The world is full of plenty of great small business ideas, and

2) Innovative ideas are a lot easier to generate than they are to execute.

Ask yourself this: how many great ideas do you have that are probably difficult to carry out? Perhaps it will take too much cash. Or perhaps the market isn’t ready for it. Further yet, maybe there isn’t a practical way to scale a company based on that great idea. The unfortunate reality is that there are more great ideas that can never be executed than there are ideas that become reality.

More specifically, here are three more things to keep in mind when it comes to small business innovation:

Innovation doesn’t matter without scale. Each year, Apple sells tens of millions of iPhones worldwide. Most would agree that the iPhone is one of the greatest innovations of our time. However, would that innovation be as well-recognized had Apple only been able to produce a few thousand units per year, neglected to create the ecosystem of third-party app developers to fuel such widespread adoption of the idea, or unleashed its massive marketing machine to accelerate adoption of the product? I can’t say it for a fact, but I suspect that Steve Jobs would agree that coming up with the idea for an iPhone was a lot easier than creating a business model that could support and scale for small business growth.

Timing is everything. Some great ideas aren’t recognized as such in the marketplace to start. For example, Sony and others produced MP3 players long before Apple created the iPhone. For a variety of reasons, though, the market wasn’t fully ready to embrace the concept until Apple entered the market. Similarly, Quickbooks was by no means the first accounting software specifically built for small businesses, but it was the one that seemed to catch on the most. These are all good reminders that being the first to market – or on the bleeding edge of market adoption – isn’t always a good thing. Plenty of successful businesses have been built by following a first mover, learning from their mistakes, and waiting for the market to catch up to the need for innovation.

A greatly executed average idea will always beat the poorly executed great idea. If you were to run two companies in parallel – one that executes well on an average idea and one that executes with mediocrity on a great idea – the former will always win. Without the disciplined ability to fuel market adoption and scale to meet potential demand for an innovative idea, it will always remain just that: a great idea that exists only in the entrepreneur’s head and with a handful of customers. When following through on your great idea, it is just as (if not more) important to determine the best way to execute on that idea as it is to develop the idea in the first place.

The good news is that the world needs your ideas and innovation. The even better news is that innovation can and will always matter – as long as it can be effectively executed. In fact, execution and scalability are two of the most important components of true innovation.

Learn more about this and other key concepts of starting and running a business by registering for our free, online small business training course.

JOIN 2,000+ OTHER ENTREPRENEURS TO GET A TRIAL OF OUR TRAINING

Join Now!
For Email Marketing you can trust.